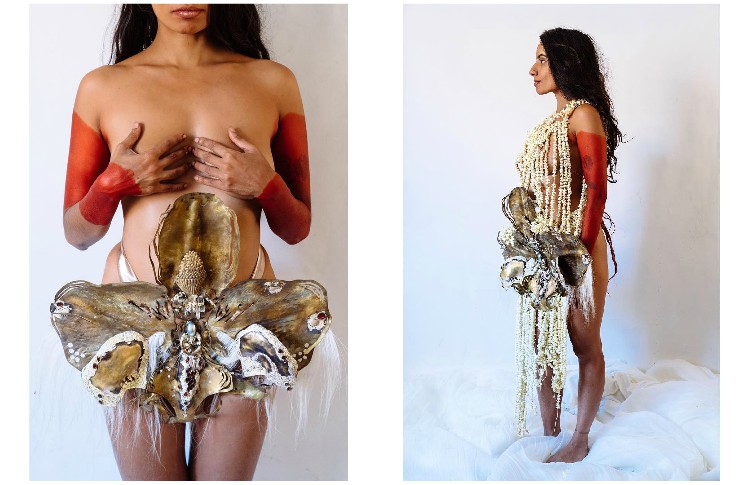 “There was once a beautiful goddess whose honeyed beauty was so thick that every god who saw her, became attracted to her. ”Unable” to control themselves, and fearing that these scandals could destroy the ancient heavens, the gods conspired to do something about this,” writes artist Shilo Shiv Suleman in the introductory note of her latest art series “Fertile.”

Shilo’s latest art series is all about the idea of the colonised South Asian sexuality and is an attempt to decolonise the same i.e. the sexuality assaulted by the whims of its colonial masters and its own unyielding patriarchy that refuses to see the beauty in its bounty.

Here’s a sneak peek into what went inside the curation of the art series:

We belong in the world of the living. (every part of me turns into life) Honeycomb, heliconia and agate for my new show Fertile. Opening February 12th at @jehangir_art_gallery with @artmusings99 @sangu.r

515 Likes, 10 Comments – Shilo Shiv Suleman (@shiloshivsuleman) on Instagram: “We belong in the world of the living. (every part of me turns into life) Honeycomb, heliconia and…”

Full of talismans and tapestries, the series is also an exploration and an attempt towards the reclamation of fertility rites of the Far East, and “the sacred chambers of the female form to be – a site of worship (unto itself, and for itself).”