In A Chat With JWB, Mallika Dua Shuts The Body-Shaming Mouth Of Suhel Seth At JLF 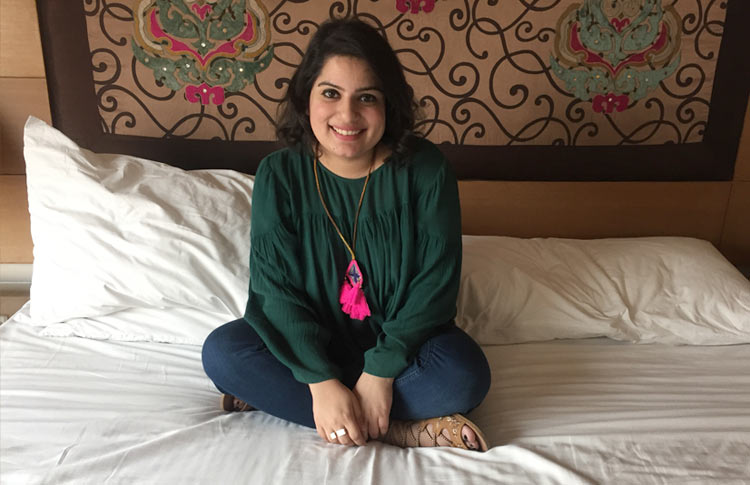 Super excited us were disappointed by the way Suhel Seth moderated yesterday’s #Nofilter session at the Jaipur Literature Festival.

Since we couldn’t keep calm and desperately wanted to know what she thought about Suhel Seth’s nonsensical humor, we had an exclusive chat with Mallika Dua.

JWB: Do you think that Suhel Seth was unprepared for moderating the session? It could have been better?

Mallika Dua: Ohh yaa! I don’t think he was familiar with a lot of what I do. He was being unnecessarily rude not just to me but others too. See I am okay with this shit and it doesn’t make much a difference to me, but there were school kids and he was being unnecessarily harsh on them. In fact, he himself said before the Q&A that I am cruel and brutal, so what else!

JWB: With his question on how ‘boys pick you up,’ Suhel body-shamed you. Of course, you are a sport but how did it make you feel?

Mallika Dua: It’s just stupid. It’s very juvenile. It felt like teenage boy humor to be honest – like boys who are discovering females for the first time. He came across jaise all boys school me ladke hote hai jinhe ladkiyo se conversation nahi karni aati. I feel he could have conducted himself much better. But then it’s also his personality since he is known for that and he always does behave like that. He has been a family friend so I didn’t want to say too much but I still tried to explain from my end what I could.

Moreover, the thing is that I have a temper and I don’t want to lose it on the stage.

JWB: So if you were to shut him up what would you have said?

Mallika Dua: “I would tell him that you are not in the f**king pink of health yourself to comment on me. You know like if Milind Soman is sitting in front of me and he says it’s difficult to pick you up, I would say ‘Aapka fir bhi haq banta hai bolne ka, chalo koi baat ni.’

But certainly not him!

Also, I was in a happy state of mind so I didn’t pay much heed.

JWB: What is your answer to people who body shame as if it’s their business?

Mallika Dua: I would say F**k Off!

See I am healthy and that’s what matters. As long as I am not hurting my limbs, I am good to go. I don’t want to ascribe to some random beauty standards.

JWB: Lisa Haydon once said that she didn’t want to be called a feminist. Yesterday when asked, you said ‘I am a Feminist.’ Why do you think people fear to be called feminists?

Mallika Dua: Actually what happens is that people ask you these questions and then you don’t know what to say at that point. I mean if you look at Lisa’s actions – she is an independent woman, made her own life with her self-earned money, how is she not a feminist?

Of course, she is a feminist and she also knows that. So I feel, they are probably scared because of certain examples of feminism they have seen which they don’t like, so they believe the entire movement is idiotic. What they are trying to say is that ‘I am not an extremist, but I am a feminist’, and that’s exactly how I feel. It’s just semantics. Meaning kuch hota hai ban kuch jata hai.

After this uncensored chat with the badass comedian I was left not in splits but in high spirits. I walked out with a fresh understanding of humor and loving the crazy self!

We hope you wake up like this every morning! Replies *in her signature tone*