“I Wasn’t the Right Kind of Brown,” Devika Bhise On Battling Stereotypes in Hollywood 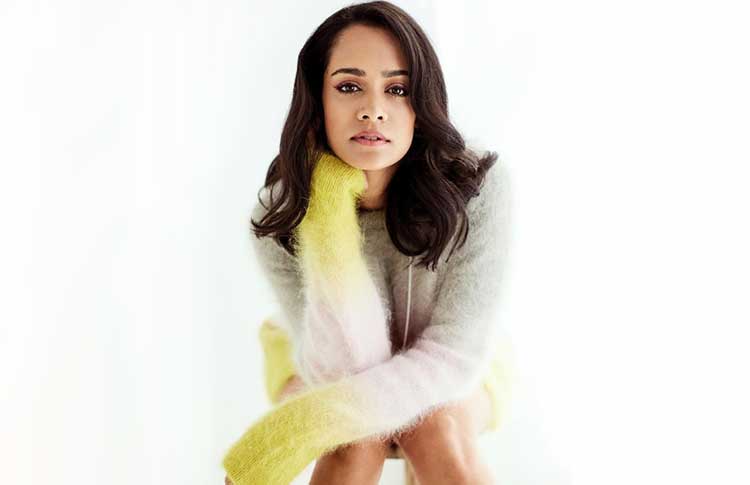 Born and brought up in New York City, Devika Bhise in many ways defines the cross-cultural ethos, which is a large part of our world today. An American actress, who also dons many other hats, Devika maintains a strong connection with India and her own cultural roots. Yet, she has carved her own niche on the global map, using her inherent identity, her talent and her immense creative skills.

So thankful for this team. The Warrior Queen of Jhansi releases TODAY all over India!! Check your local PVR Pictures theater to catch us on opening weekend – we can’t wait to hear what you think!! 💕💕💕

517 Likes, 14 Comments – Devika Bhise (@devikabhise) on Instagram: “So thankful for this team. The Warrior Queen of Jhansi releases TODAY all over India!! Check your…”

Devika’s acting career began as early as when she was in the tenth grade. She was cast in ‘The Accidental Husband’ back then and while still in high school, she directed a documentary, ‘Hijras: The Third Gender’. The film went on to win the Best Social Documentary at the New York Independent Film Festival in 2009. She is also a part of New York’s New Abolitionists, who are committed to ending human trafficking in New York and all over the world.

Yet, when you ask her what her ambitions are and how would she want the world to remember her, Devika responds, “I want to break the mold for how Indians are portrayed in western cinema. Whether that be through acting, directing, or writing, I am excited to carve my own path and see where it takes me!”

Well, this very much sums up the feisty and strong personality that Devika embodies. In conversation with her, as she opens up about her life, career and what it truly means to ‘carve her own path’.

You are an actor, singer, activist, dancer, director, and a screenplay writer! How do you manage to be so many things or take out time for each?

Devika: I feel so lucky to do what I love, and when you have a passion for something it becomes easy to dedicate time to that craft. It also requires discipline and a drive to keep improving yourself in all facets of your life, which is an important thing to remember. Everything requires dedication, hard work, and hours and hours of practice.

And of all these roles, which one is challenging you the most?

Devika: Depends on the day and what else is going on in my life! Right now, I’m working on a script that has been challenging me because it’s so deeply personal, but other times the creative inspiration flows seamlessly. It’s a never ending, ongoing process, for all of it. The challenges are what keep life interesting.

Real Talk with @makerswomen this week – DO NOT FEAR FAILURE. 👉 This is @devikabhise’s message to the next generation of women. 🙌 Devika spoke with MAKERS Women founder @dyllanmcgee at @buildseriesnyc about her new film, “The Warrior Queen of Jhansi,” that tells the story of a freedom fighter and feminist icon and how representation matters.

242 Likes, 9 Comments – Devika Bhise (@devikabhise) on Instagram: “Real Talk with @makerswomen this week – DO NOT FEAR FAILURE. 👉 This is @devikabhise’s message to…”

Most of your plays and films, be it ‘The Man who knew Infinity’ or ‘The Warrior Queen of Jhansi’, have a very Indian connection. What internal conflicts of identity did you have to resolve as a Brown woman living abroad? What is your most beloved connection with India?

Devika: My parents have always maintained a strong foothold in India, so I haven’t gone a year since I was born without visiting India. We’ve always had a home in Goa and Mumbai – and we have dogs in Goa which means we really call it home. India is such an important part of my cultural identity, and growing up in New York there is so much misinformation and misrepresentation about India that I always want to myth-bust. My grandmother has lived with us since I was five, so whether it’s the languages, food, traditions, or holidays, it’s always been a very big part of my life and will continue to be. India is such a fascinating and heterogeneous place that bringing new information and facets to this country that is often portrayed with such a narrow focus has always been a priority for me.

Being a Brown woman, what were the opportunities as well as challenges that you had faced while trying to establish yourself professionally in the US?

Devika: Early on in my career, the roles I played were always described as “ethnically ambiguous”, because that’s something you could do five years ago. Now everyone’s writing and casting has become very careful, and I can no longer go up for roles unless they were specifically written as Indian. I am asked constantly what my ethnic background is, and I have been turned down for projects because I wasn’t the “right kind of brown”. What’s been even more difficult is that more often than not, I’m considered “not Indian enough” looks-wise for Indian roles, because my skin isn’t dark enough or I don’t have certain features that people stereotypically identify as Indian.

It’s a paradox because while the roles for Indians have increased, in some ways the diversity of roles has decreased, which is why writing your own content that is personalized and that you can get passionate about separate from the audition cycle is so critical, both to fulfill that creative bug and to bring diversity to the content that’s out there. But the industry is ever-changing, and the pendulum swings back and forth so it’s still an exciting time, and I look forward to being part of where we go next.

I chatted with @actorceo about forging your own path in this wild industry! If there are answers here, I definitely don’t know them, but I took a stab! 🎭🎬

90 Likes, 3 Comments – Devika Bhise (@devikabhise) on Instagram: “I chatted with @actorceo about forging your own path in this wild industry! If there are answers…”

Indian cinema has of late seen a lot of actors and performers who are not from India but have made a mark for themselves in the film industry. However, there are fewer Indian origin performers in the western entertainment industry who are making it big. Any comments or thoughts on that?

Devika: I can’t really speak for Indian cinema because I haven’t worked in it and have little exposure to it, but it’s definitely a complicated time for Asian actors in western cinema. There are more roles being written for us than ever, but most of them are boxed into very specific niches. There are so many Indian actors that are working constantly in supporting roles but have yet to have the opportunity to play the lead because those scripts still aren’t being written. Without a story-line that is specifically about India, there still seems to be a struggle to justify having a minority as the lead or face of a film. There isn’t much of a community for Indians in western cinema the way there is for the African American or Latinx communities, and that’s a shame. Standing with and supporting other Indians in the business will go a long way – we’re stronger together!

Do you have any plans to work in India?

Devika: Not at the moment, but if the opportunity arose I would definitely consider it!

Most of your work has a strong social or cultural context. What are the essential elements you look for in a script while acting, directing or writing?

Devika: I am drawn to scripts that show the world from a different perspective, that have a unique voice and can bring something new to audiences. But at the end of the day, I mainly want to know if the script is entertaining and if I could have fun playing the part. If it’s not going to be an enjoyable experience, then what’s the point? When it comes to my own writing, I try to think about what my unique voice and life experience can bring to the table, and how I can let that shine through instead of trying to fit any preexisting mold or genre.

Wearing #taruntahiliani for his “India by the Nile” collection shot by @avigowariker . Love how easy these pieces are to wear – no fuss or pins required! 💇🏽 /💄 @subbu28

1,028 Likes, 46 Comments – Devika Bhise (@devikabhise) on Instagram: “Wearing #taruntahiliani for his “India by the Nile” collection shot by @avigowariker . Love how…”

A quick line up of your future projects.

Devika: I’m writing a script about an Indian American girl living in New York called Koko(nut), and have two films, The Rest of Us and Impossible Monsters, releasing next year.