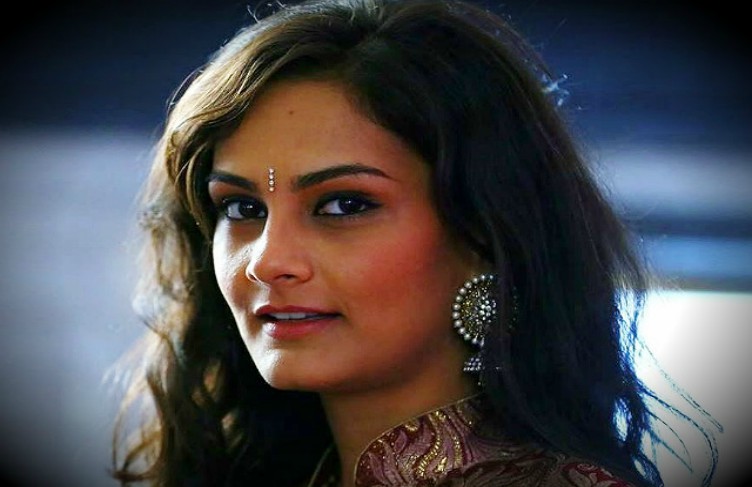 “I think lighting is the most important thing for films and commercials. Without it, you can’t make anything look good,” says Hetal Dedhia, proudly relishing the fact that she is Hindi cinema’s first and only female gaffer.

The 33-year-old woman is absolutely proud of the unique place that she occupies in the vast corpus of Hindi cinema. As she says, “I love it! I don’t think there can be anything better than that.”

An essay from Changemakers Twenty Women Transforming Bollywood Behind the Scenes looks at Hetal’s journey in the film industry and how she became the first women gaffer in Bollywood. It was in 2005 that Hetal stepped into the shoes of her father Mulchand Dedhia, India’s most celebrated gaffer, and began her career in the Hindi film industry.

Bluffmaster, Karthik Calling Karthik and Road, happen to be among the illustrious list of movies that Hetal has worked on. To add to this list, she has also worked on international projects shot in India and takes special pride in Mission Impossible: The Ghost Protocol and Un Plus Une among many others.

As the Changemakers’ essay mentions, “The Dedhias are a close-knit bunch and the family bonds are strong.” Hetal feels indebted to how her mother has contributed to the family as a homemaker. She says, “I saw my mother working all her life to keep the family going,’ Hetal recalls. ‘It is a full-time job and shouldn’t be considered nothing. I think being a housewife should be a highly paid job.”

The rags to riches story of her dad is yet another inspiration that Hetal has learned a lot from. “He has his own story,” Hetal says. As the essay tells, “Mulchand, who never got a chance to study, worked as an electrician at weddings and other functions before he became a cable and generator operator. While laying cables on a film set, he would watch the ‘lighting dadas’ working around him—technicians were not called ‘gaffers’ back then.”

It was by silently observing these technicians, that Moolchand learned all the technicalities of lighting. He absorbed all that he could and eventually learned how to light up a film set and that is when he started getting lighting jobs. Mira Nair gave him the first big break by hiring him for Salaam Bombay!

While “Hetal did not expect to follow in her father’s footsteps. But those who know her say they are not surprised by the path she chose. They point to her brother’s death as a turning point. Keval passed away in 1999 after a sudden heart attack. He was twenty-two.”

Out of the four siblings, Keval was physically and mentally challenged. However, the family never used that fact to pity him, they rather drew their strength from the enthusiasm with which he lived his life. Thus, while his death came as a big jolt to Hetal, it also provided her with a direction.

All three Dedhia girls now work for the company Light and Grips, which was founded by Mulchand in 1993. However, out of the three, it is only Hetal who took up the physically tolling job of gaffing.

She laughs as she says, “My sisters would never think of doing what I do. Nobody wants to get their hands dirty. They are not one of those chicks.”

However, despite the fact that Moolchand himself was a gaffer he was really unsure when Hetal told him that she wanted to follow the path. “I tried to convince her that this is a man’s job because it involves lifting heavy cables and walking on scaffolding to fix the lights,” he shares.

As mentioned in the essay, “Hetal understood her parents’ scepticism. They did not know a single woman gaffer. It was an unconventional career choice—not just for an Indian woman but for a woman in any part of the world.”

“Normally, in the culture we come from, girls get married by the time they are my age,” says Hetal who is now 32. She certainly had different plans for her and when she refused to give in, her father just told her that it was her choice and the fact that she was his daughter never acted as an added perk for her in her career.

“He wanted me to find my path,” she explains. “He didn’t ease his daughter’s entry into the world of gaffing. Like every other aspiring gaffer who comes to him seeking a job, Hetal worked for the company for six months without pay. Mulchand told everyone on his team not to give her any preferential treatment,” the essay reads.

Things were pretty rough when she initially started. “The learning curve was steep. The equipment were heavy and rigging lights meant climbing ladders and scaffolding. Hetal never thought twice about doing any of the grunt work. She would work out regularly to stay strong. She wanted to prove herself as a gaffer.”

Today, she proudly heads a team of men and is excellent at what she does. When asked if there are men who get intimidated by her, Hetal replies chuckling, “Yeah, they are, they are.”