Here Are Some Shocking Facts About The Life Of Osho’s Aide, Ma Anand Sheela 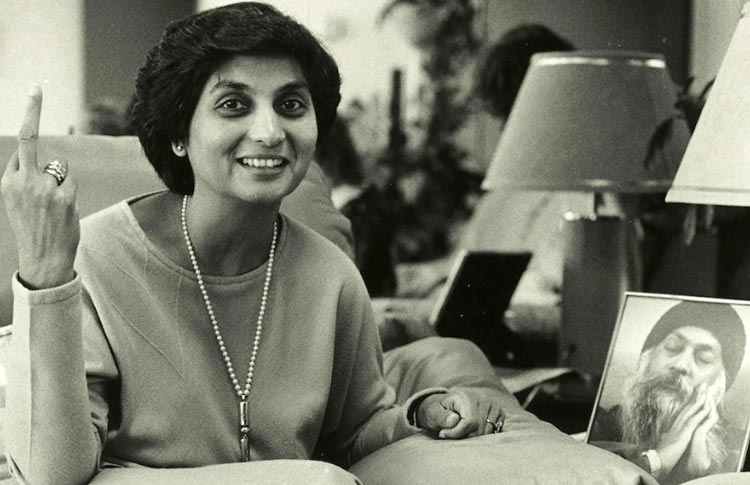 Wild Wild Country is Netflix’s recent documentary-series based on the rise and fall of sex-guru Osho, aka Bhagwan Rajneesh. The six-part documentary, taking us back to the Rajneeshism era in the 80s, is gaining much popularity for one of the central characters of the show – Ma Anand Sheela.

Ma Anand Sheela, born Sheela Ambalal Patel to a well-to-do family in Mumbai, first visited Rajneesh when she was 16. It was her father who informed her about the spiritual teacher whom he believed could become the second Buddha. When she first met him, he embraced his hand on her head. “It was in this moment if death were to have come, I accept. My life was complete,” she says in the documentary.

At 17, she went to the States to study at Montclair State College in New Jersey where she met her first husband, Marc. Both of them later moved to India to live at Bhagwan’s Poona (now Pune) ashram. Sometime later she lost him as he died of Hodgkin’s lymphoma. Post this, she became Bhagwan Rajneesh’s personal assistant in 1981.

When thousands of Rajneeshees were flocking from India to the States in the same year, it left everybody in shock. It was actually Sheela who had convinced Rajneesh to move the base from India to the USA. When they moved, they formed a commune near Antelope, Oregon, on 64,000 acres of rural land (said to be bought by her), and had it incorporated as a city called Rajneeshpuram, complete with stores, a school, and a landing strip for planes.

Sheela was accused of poisoning the citizens of the city to win the elections. It is said that she wanted to increase the influence of the cult – Rajneeshism and wanted to capture two open seats in the year 1984 Wasco County elections. She tried to do this by bringing in homeless people and others from outside Wasco County to ensure that they won. For that she poisoned the city, known as the Rajneeshee Bioterror Attack, using bacteria and other methods to make others in the town ill to skew the voter percentage.

The mastermind was also accused of wiretapping the ashram. In the year 1986, she was jailed for crimes for poisoning, wire-tapping, and conspiracy and assault against Judge Hulse and Commissioner Matthew of Wasco County. She was convicted for 20 years and fined $470,000, but she was released on parole in 29 months on account of her good behaviour.

For the documentary-series, she was interviewed for five days by the makers – Way Brothers.

She currently resides in Switzerland.