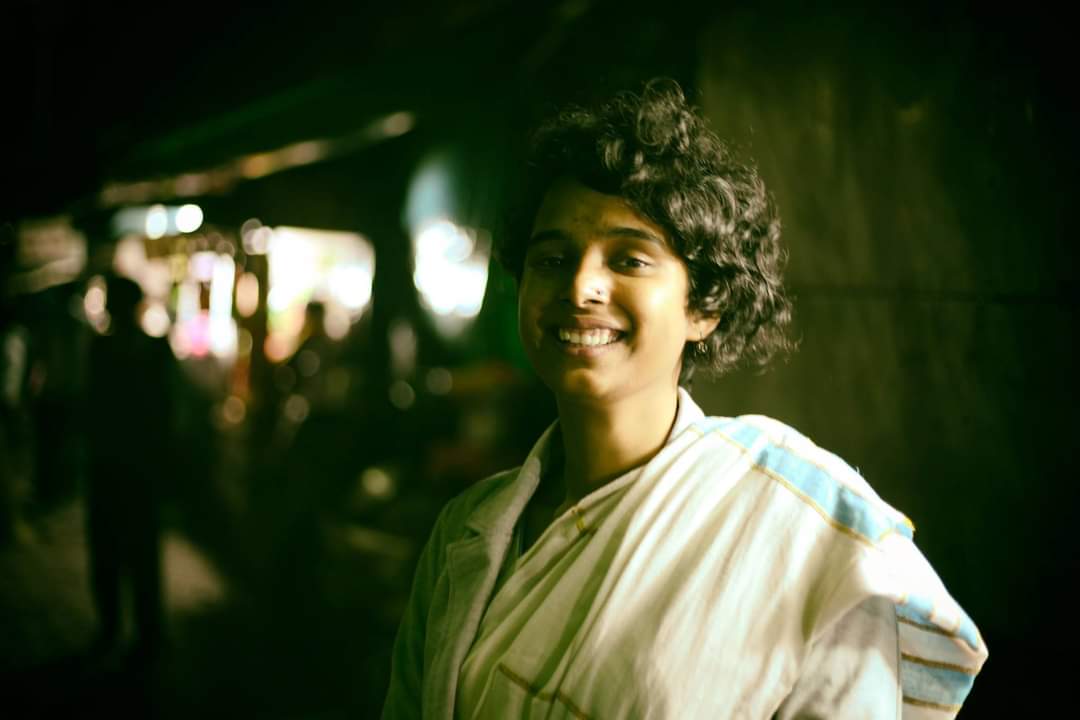 Simple, humble, aware, and poignant are perhaps a few ways to describe the National Award winner – Farha Khatun. Unlike the gloss and glamor of film celebrities, Farha’s candid chats and sensible approach to making real cinema touches the heart and mind warmly. For those who don’t know, Farha’s first documentary film which she co-directed called ‘I am Bonnie’ won the National Award in 2018 as the best film on social issues.

Last year, her next documentary ‘Holy Rights’ bagged the prestigious National Award once again in the category of the best film on social issues. The documentary centers on the issue of Triple Talaq, the life of Safia Akhtar, and women training to be Qadri’s. Whereas on one hand, the subject itself might be fodder for various opinions, in reality the narrative is more about the empowerment of these women who chose to stay within the ambit of their religion and yet voice for change.

And, so what motivated Farha to make this documentary, and what did she find in Safia Akhtar that inspired her? To this Farha replies, “I met Safia Apa in Mumbai, and I initially thought of making a film on female Qadri’s because that was something new happening in India and I wanted to be part of this journey. In the training program, I met a total of 30 women. According to me, all these women were really extraordinary and they all have their own stories to tell. But what attracted me to Safia Apa was how she would relate things from the literature. So when she is quoting Ghalib, the relevance of the words still stands in our present times. Also, she was at that time around 60 years old, and to see what she was doing at that age was very inspiring.”

When one only watches the trailer of ‘Holy Rights’, the confusion, sadness, and struggles are evident. The anger of women and others from within the community who don’t see the need for a law or change – the conflict of philosophies and the emotions run deep. Amidst it all, The resilient battle of Safia Apa as she tries to explain that in the Quran the concept of Triple Talaq is not what it is made out to be. Safia Apa stands tall in the frames championing the cause of equality and feminism. But at the same time, the rebellion is neither aggressive nor disrespectful. There is true spirituality and a connection to the Almighty. That for me perhaps summed up a huge message of Holy Rights. That driving change doesn’t necessarily mean abandoning beliefs. And that spirituality is a deep sense of understanding of what divinity and faith truly entail. The debate is still open but Holy Rights definitely throws light on a bunch of women Qadri’s who are steadily finding their place in the larger scheme of things.

We caught up with Farha Khatun to discover her journey, to talk about filmmaking and what it means to be a Muslim feminist.

Farha Khatun: From where I come and the place I belong to, since my childhood, I have seen heartbreaking incidents, including several violations. But no one really talks about them. So that is always one main motive for me to make films, especially documentaries, which deal with real incidents and real people.

Being a woman director and from the same community, did it help you in presenting the narrative differently?

Farha Khatun: I think everybody has their own perspective. If a male friend of mine comes back home at 10pm and I come back home at 10pm that makes a difference because of course, I am a woman! The experiences of our lives are different, so I wouldn’t be able to tell how a male person would make this film. But if my experiences about myself, about society, about family are added to this film, I really don’t know, it’s difficult to tell.

Muslim women face discrimination from both within and outside the community as seen in the film, too. Which do you think is worse and why?

Farha Khatun: The lack of recognition from within the community does pain quite a lot. But the thing is it’s a journey. These women didn’t think about society or about who would think what, they chose to go through a path that gives them some kind of satisfaction. It is the same for Safia Apa and even for me. And in the journey sometimes we face criticism, sometimes we get recognition – those are a part of any journey. But then of course, if more people would have worked together it would have been better, but I believe that there are a lot of changes happening in society already, both within the community and outside, as well. And, I believe I can see the hope.

Most learned Muslims understand that the interpretation of Triple Talaq is probably incorrect. In what ways, can the community itself try to seek its true meaning and interpretation?

Farha Khatun: More than interpretation, I think people should listen to their hearts. What they feel is actually much more important. And then the equal or seamless co-existence between men and women within and outside the community is a much-needed step that we all need to take. We need to broaden our thinking and come together in all possible ways.

The women, in your film, are different because instead of breaking away from Islam they are challenging the patriarchy in their own way. In what ways can more women find or strike a balance by remaining within their respective communities but working towards changing it for the better?

Farha Khatun: Women need to raise their voice for the right reasons and that is largely for themselves. Most of the time, women choose to remain silent because the male members of the family or those around them act as their representatives. But it’s time that women should stand up for themselves and talk about themselves. We all need to talk about ourselves first, raise awareness for our own reasons, and then later as a collective we can together address issues.

What challenges did you face while making this film? Was there the fear of dissent, opposition, or boycott?

Farha Khatun: I didn’t face any such challenge. There were a lot of people who came to me and asked me if I got any threat or so. And I said no, and they seemed so surprised. I have met a lot many people in my journey, even if there are disagreements we could still talk, we could listen to each other, we could debate and as long as we can debate with each other, the scope for democracy stays with us. It’s a misconception about the community because in every religion there are people who oppose or dissent, so particularly pointing out one religion and making them the target for everything is not right according to me. But yes, I had debates, I had them with all kinds of people, not just this community. It was a lot of learning for me also.

What does faith mean to you? What does it mean to be a Muslim and a feminist?

Farha Khatun: I have never thought of it like that. But I believe that in every possible way, whichever community we belong to or whichever side we take, we need to keep our spine strong. We need to stand up against any violations around us. And feminism stands for equality, that’s what feminism means to me.

According to you what are some of the key parameters, values, or advice that we as women should imbibe to counter the age-old patriarchy?

Farha Khatun: Last month I met a bunch of young girls still in college who came and asked me how I managed to reach where I have? I told them that I didn’t tell my dream altogether to my parents. Instead, I told them my plan step by step. When I was passing 10th I told them that I wanted to complete the higher secondary, and when I was in the 12th standard, I said I wanted to complete my graduation. After graduation, I said I wanted to do a post-graduation diploma, so basically, I didn’t reveal the whole plan altogether. My main aim, however, was to become financially independent. Education is the strongest tool to be economically independent and that can be the main tool to fight out each and everything. Also, I would suggest that we should try and be calm. With your calmness, you can win a lot more battles, instead of fighting them. Because whoever it is, whether your parents, family, or anyone else opposing you, you also need to understand that they didn’t have these opportunities, so their understanding of this whole present time and our understanding is different. So we both need to come to one point and to do that we need to peacefully discuss things.