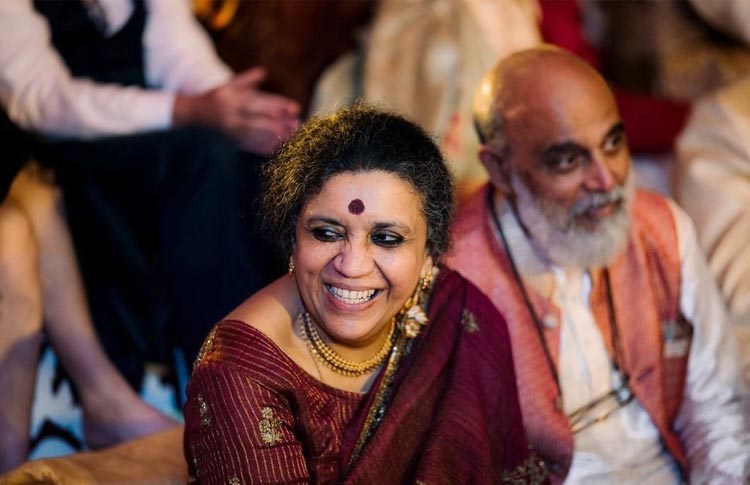 Actor Swara Bhaskar’s mother Ira Bhaskar is a film historian with a Ph.D. from the Tisch School of Arts. A professor of Cinema Studies at Jawaharlal Nehru University, she recently spoke about the depiction of women’s sexuality and sexual pleasure in Indian cinema. “Our films didn’t have direct representation of sexual act or the act of lovemaking,” she declares.

During an interview with VICE, Bhaskar explained how even movies from the 1950s never stopped themselves from filming a woman’s desires on screen. Giving examples of ‘Pyaasa’ (1953) and ‘Mughal-e-Azam’ (1960), she says, “’Aayega Aane Wala’, for instance, the first song that brought Lata Mangeshkar fame from Mahal (1949). Look at the lyrics and the yearning in that song—it is an articulation of a female desire. I can give you so many examples. Songs from the 1940s onwards. In a film called Bandini, the song ‘Jogi Jab Se Tum Aaye.’ Just think of Mughal-e-Azam. In the song ‘Jogan Ban Chali’, that word ‘jogan’ actually is Meera—the one who has renounced the world for her lover. So this complete dedication to the object of your passion. What is that but female desire?”

Describing the metaphorical ways in which the desires were depicted in old Bollywood films, Bhaskar explains, “…the iconic song from Pyaasa, “Aaj Sajan Mohe Ang Lagalo” is the articulation of the desire for sexual union. You just have to see Waheeda Rehman’s expression. If you were to do a very detailed reading of that sequence, it is like a sexual experience itself. The look. Her expression. The way the camera moves. So we have a number of films in the 40s and the 50s that are saturated by the expressions of feminine desire. Except that the younger generation wouldn’t recognize it as that.”

According to her, sexuality isn’t something that Indian cinema has preferred to express directly. She thinks that Indian cinema has got a unique way to exhibit eroticism which is done through songs, lyrics, and the way the camera moves. She says, “It was in the 1940s that this idiom evolved. There are very lyrical, fluid camera movements. A close up of the beloved, either the woman or the man.”

Elucidating on how our class, background, and demographics play an important role in the depiction of woman’s sexuality in Indian films, Bhaskar explains, “I’m thinking Shenaz Treasurywala in ‘Delhi Belly,’ but on the other end, also Huma Qureshi in ‘Gangs of Wasseypur.’ ‘Delhi Belly’ is a very good example I think, in terms of depicting women from a particular class, especially the upper class. ‘In Lipstick Under My Burkha,’ the problem is not just class but also age. Ratna Pathak’s character can’t have sex, but for a younger woman, it would be fine. It is class and age also. In Lipstick, the way sexuality can be a form of oppression is clearly there in Konkana Sen’s character. For the other two girls, it is connected with the idea of liberation. And to break societal norms.”

For some reason, showing an actor of any gender masturbating in the film is still considered a taboo. But Bhaskar is hopeful and thinks that the new culture of web series might change the game. She concludes by saying, “I think in web series, things might happen. Because they are free from censorship. There is a general tendency to think that web series is an uncensored space. It’s possible, but to do it with a certain kind of power, a certain kind of significance. I don’t know if you have seen that series, Big Little Lies. It is actually about the violence of human relationships, how men use women, yet how women find the strength to fight. To do it in that way will take time probably.”