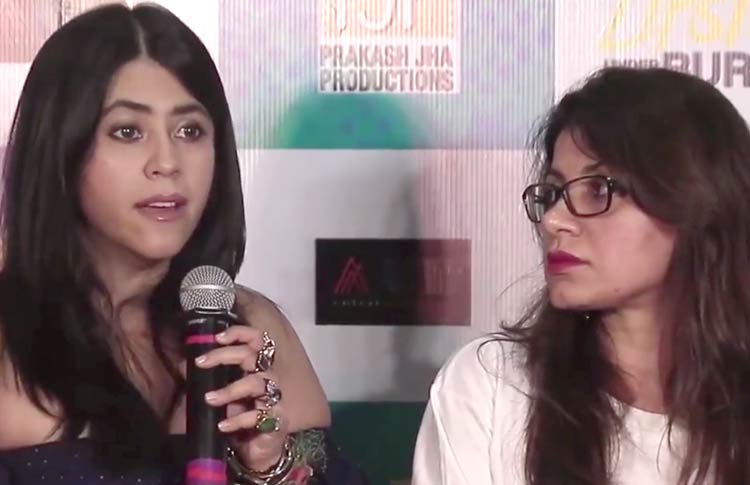 Ekta Kapoor who is the presenter of Lipstick Under My Burkha that has been making headlines for quite some time now was seen heard making a strong comment in a recently held promotional event.

When Ekta Kapoor was asked why is it necessary for women to talk about sex, she said: “For many years, sex is something that our society has refused to acknowledge, we’ve tried to hide it. Women are told to cover themselves up for if they don’t, a man’s sexual desires will be aroused. We are not able to distinguish between sexual intentions, sex, and sexual crimes.”

She further added, “Sexual crime is a problem. Consensual sex is not. And unfortunately, the more we try to brush the idea of sex under a carpet, the more we are making women responsible for any kind of sexual desire raised in women and men.”

Ekta who took the query head-on explained the need for women to openly talk about sex.”It’s the world where God has given us a body and it feels. As long as we are in control and we deal with anything that is consensual, morality should be our personal issue. It cannot be imposed on us and made into an excuse for anyone else to behave badly. This is precisely why it is as important to talk about sex as it is to talk about other issues.”

She also explained that the prohibition (of sex) leaves women guilt-tripping over their bodies. “There are so many photos of women that get featured as ‘wardrobe malfunctions.’ There are many malfunctions that happen with men too. But nobody covers them.”

This strong band of women consisting of the actors, director, and the presenter, are all set to take both on the Censor Board and our society on July 21.