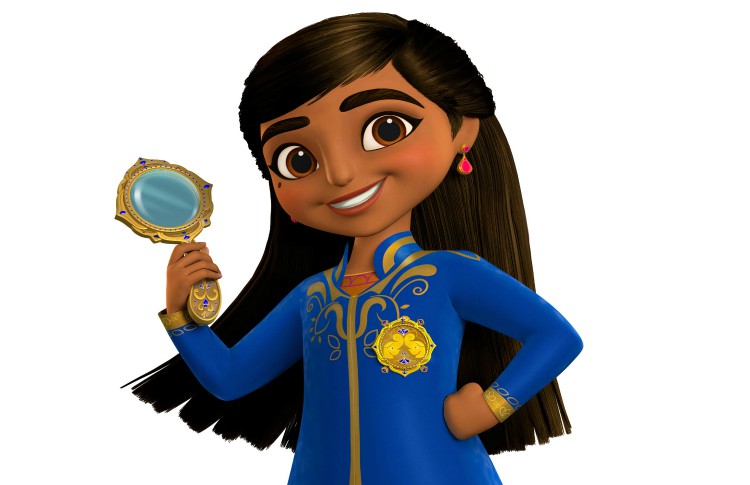 “Inspired by the cultures and customs” of India, the Disney Junior television network has ordered an animated adventure series for 2020, titled Mira, Royal Detective. The 22-minute episodes will have the voice of 15-year-old newcomer Leela Ladnier in the lead role and other voices like Freida Pinto, Kal Penn, Utkarsh Ambudkar, Sarita Choudhury, Aparna Nancherla and many more.

The series will be set in a “magical Indian-inspired land of Jalpur” and will follow the story of the brave and resourceful Mira, “a commoner who is appointed to the role of royal detective after solving a mystery that involves saving the kingdom’s young prince.”

“Mira travels throughout the kingdom helping royals and commoners alike. Along with her friend Prince Neel, a talented inventor, creative cousin Priya and comical mongoose sidekicks Mikku and Chikku, she will stop at nothing to solve a case, taking young viewers on adventures that highlight critical thinking and encourage deductive reasoning,” wrote The Hollywood Reporter.