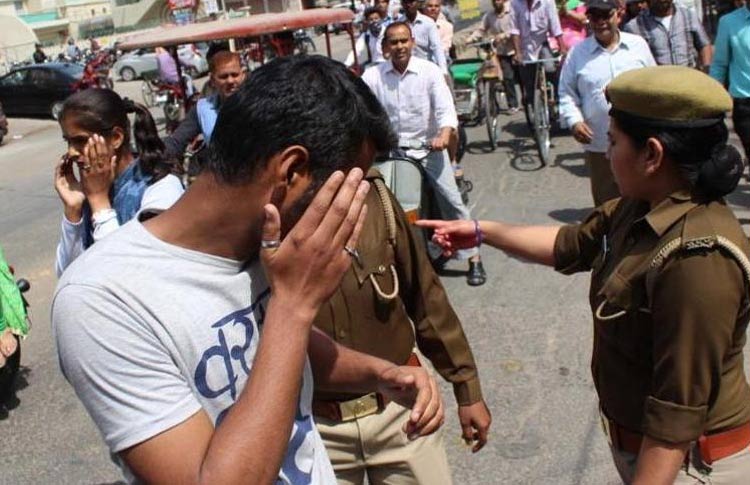 Anti-Romeo squads, whose work and credibility has been quite written and talked about, is again making headlines.

Well, this time not to hit your doubtful chords but make you believe in the work they have done recently. Designated to check eve-teasing at public places, Anti-Rome squads have lodged 538 cases and initiated legal action against 1,264 people in Uttar Pradesh in past two months.

According to an official statement, 3,38,344 people, mostly youths, were only let off with warnings by the policemen.

Commencing work on March 22, Anti-Romeo squad has questioned over seven lakh people till May 28, at more than two lakh spots including malls, markets, outside schools, colleges and educational institutions, bus and railway stations.

With an intention of ensuring women safety, these squads were introduced by Yogi Adityanath. But like every policy introduced in Uttar Pradesh, this came with its share of wrong doings too.

We are the first ones to ensure women safety, but considering there are hardly any places for women/couples, Anti-Romeo squads have worsened it further. There is a line of identification that needs to be drawn between a couple holding hands and eve teasers.

Cases of policemen targeting young boys and girls were also shown on the news channels and social media.

However, the conditions seem to be improving. Uttar Pradesh government has issued strict instructions to the police and the Anti-Romeo squads to watch their lawful actions. Acts like the shaving of heads or blackening of the face should not be done and most importantly innocent people should not be targeted.

We are not denying the fact that Anti-Romeo squads have not done any good, or these legal cases are false, but with certain acts of the Anti-Romeo squads in the past, it has proved that they have curbed the freedom and interfered in the personal space of individuals.

Thus, it is important to our law makers and influential people to teach our boys the real meaning of consent and respect. These values should be instilled in them before being forced by law. Let’s discuss what you think about the anti-Romeo squads! Suggest changes that you think can be incorporated in the comments below.