Co-Founder Of Lean In India, Rashmeet, Remembers College Circles That Led To This Feminist Movement 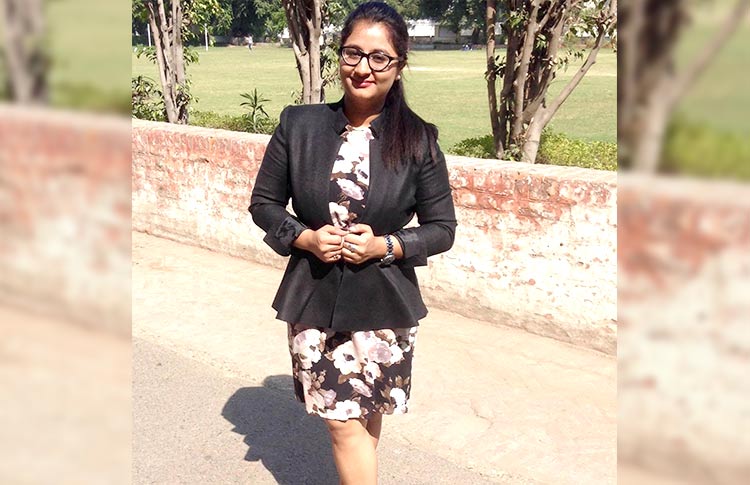 A small council at a college in Delhi meant to empower female students went on to contribute to a global mission in this inspiring story.

Rashmeet Kaur and Sanya Khurana, two college friends, started Lean In circles in their college, Indira Gandhi Delhi Technical University for Women (IGDTUW), in early 2015. Under this, they encouraged their female classmates to meet during breaks and share their stories of success and inhibitions. They aimed to instill confidence in each one of them and make them into excellent leaders.

To their surprise, their hard work was noticed by none other than Sheryl Sandberg – the COO of Facebook and the founder of Leanin.org (also known as the Lean In Foundation). Say Whaaaaa?!?!?!

In the past, IWB has spoken to Sanya about her vision regarding the Lean In circles in India. Now as the team preps up for another summit in Mumbai after a successful show in Delhi, we phoned Rashmeet to talk about all their exciting plans.

When you started the circles in your college, was it more of an informal set-up?

It was, but at the same time, our idea was very much inspired by the Lean In organisation that functions worldwide. It was after a year that we decided to go official.

Was it a big moment?

It indeed was. So, in the circles that we formed back in college, we had about 300 girls who had registered with us. For the next eight to nine months, I, along with Sanya, trained them under three different chapters. For the record, we kept making short videos documenting the efforts that were put in along with victories of the members. When we compiled them and uploaded it online, Sheryl Sandberg happened to notice it. Of course, after that, we went viral. Our attempt to make fellow women stronger was appreciated, and consequently, we were encouraged to take it to the next level.

Our college’s Vice-Chancellor, too, motivated us to register officially under Leanin.org and take it nationally as Lean In India. Since then there has been no looking back.

There is this girl named Wamika, a member, and a college junior. I’ve seen her transform from within and win over difficulties from the very beginning. Yesterday she got placed in an amazing company, Anand Group. From academic progress to personality development, Wamika has genuinely written her own powerful tale.

Who, according to you, has empowered you in the real sense?

My mother, who got married at the age of 21, did her Master’s during her first pregnancy. Nothing ever stopped her. Nothing. Growing up, she made me promise her two things. First, I would work on building myself irrespective of what life throws at me. Second, I would always, always help others advance.

You’re indeed keeping your promise. On this note, share your personal story with our readers.

I am a Mechanical Engineer by profession, and as you can guess, the journey wasn’t easy. Starting from my relatives to male students, everyone had doubts about the girl who had opted this ‘masculine’ career. “Girls don’t take up jobs like this.” “This is hard labor meant for only men.” “You will anyway not be able to pursue it after marriage.” These were the kinds of thoughts that people tried implanting in my mind.

Fortunately, I was too carefree and confident to listen to them. I went ahead anyway and under the Shell Eco-Marathon, Malaysia, Asia, I built a vehicle which was selected in top 24 innovations of the country by ET Now in 2013. Later, I founded Team Panthera – an all-girls super mileage team, which is one of a kind in the world. Here, we built another vehicle which got selected to be a part of SAE Super mileage, in Marshall, Michigan and was ranked seventh globally in the SAE Supermileage Competition 2016.

I remember how this boy came up to me and asked me to show him my hands. He wanted to examine if my skin was rough enough because of the physical work that I was claiming to have done during the project. Only after he saw the burns on my hands, he was convinced. Can you imagine how deep these stereotypes are rooted? Some men think women aren’t capable of coming at par with them. It’s funny how even the shopkeepers from whom I used to buy the raw products for my project would gaze at me in complete bewilderment.

You’re totally the winner in this situation.

Thank you! I’ve been associated with Honda Cars for almost two years now and I absolutely love my job.

Lastly, how do you arrange the funds for the Lean In meetings?

Honestly, so far, we haven’t really required significant finances. However, if ever we do, the Lean In foundation has our back. After all, it’s solely about empowering women.

Lean In India is heading to Mumbai on December 9. The objective is to tell working women how to cope with challenges of parenting while navigating their career, how to become a compassionate leader, and ways to introduce diversity in a start-up or a corporate. We wish the team good luck!

NOTE: Lean In Circles are small groups that meet regularly to learn and grow together, and they’re changing lives. Women are asking for more, stepping outside their comfort zones, and leaning in. A Circle can be a monthly roundtable at your home, a brown-bag lunch series at work or even a virtual meet-up with people from around the world. The important thing is that you get together regularly—and that everyone participates. Your Circle can also join with other Circles and create a Chapter that hosts events and supports networking. Here, the members talk openly about their ambitions and encourage each other to take on new challenges. Together, they are going further and standing up for equality.