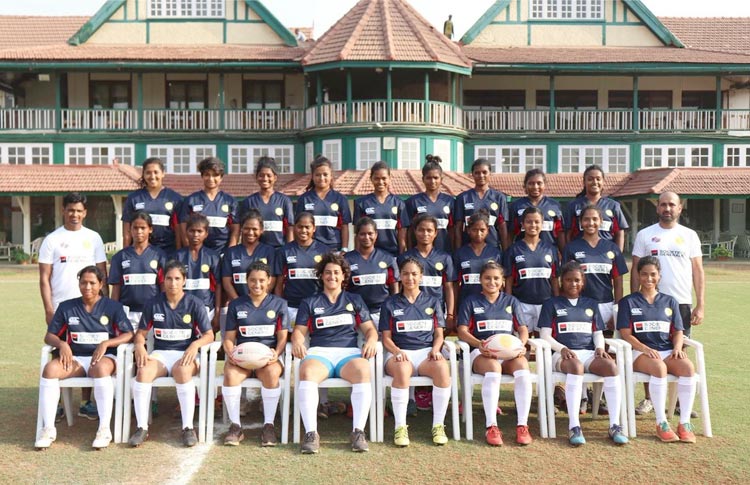 Barring a few of them, the condition of sports in India remains rather dilapidated. The athletes and teams constantly struggle with financial strain, poor infrastructure, fitness, and nutrition issues.

The challenges might vary from team to team, the concern, however, remains the same, i.e. how the lack of proper facilities is constantly bringing these teams and their performances down. A mad reverence for a handful of sports and a feigned ignorance of the rest is probably why we find it okay to repudiate these teams, each time they “fail us,” not realising that it is actually us who have been failing them all this while.

When we talk about the situation of women’s sports in India, the picture gets even grimmer. Burdened by patriarchal mindsets and a resultant disregard for their contributions, the Indian sportswomen constantly find themselves struggling for their dues.

Recently, Vahbiz Bharucha, Indian Women Rugby Team’s Captain (15-a- side format), talked to us in detail about the challenges faced by the team, the lack of awareness about Rugby in India and ways to resolve these issues.

Here are the extracts from the conversation:

Last time we talked, you told us about the absence of any financial remuneration in the sport. What are the other challenges which are hampering your performance?

Even though it is one of the cheapest sports to play, the infrastructure poses a big challenge. Rugby requires a big ground and maintaining it is a big pain. Not just India, even when we talk about it on an International level, there are not enough Rugby grounds in the world.

However, in India, the bigger problem is that even while there are some cities which are ready to build the grounds, there are not enough people to play. For instance, a rugby stadium was built in Delhi during the Commonwealth Games, but a few months later it was converted into a cricket ground.

Secondly, since it is run privately and not by the government, not many are willing to play or even find about it.

Does the fact that it is a contact sport also stop people from taking interest in playing rugby?

Well, yes! Since it is a contact sport, parents, both of boys and girls, are skeptical of letting them get into it. But I will tell you, nothing of that sort happens. Despite that, however, the idea or just the possibility of a misconduct happening keeps so many potentially good players away from it.

So awareness is the actual problem. In that case, are actions being taken to raise awareness about rugby and increase its access?

As per World Rugby’s announcement, the next World Cup would be held in Japan. Thus, a “Get into rugby” program has been launched. The aim of the program is to make as many people in Asia aware of the sport as possible, so that when the World Cup is finally aired people already know and are enthusiastic about it.

Under the program, World Rugby has been organising a lot of introductory session about the sport. It is running wild in India and we have been tapping a lot of rural areas under the same. So now people are getting acquainted with the basic idea of the sport, things like there is an oval ball involved, etc. However, it gets limited to that extent as there is no one to follow up. This gap can be easily bridged if the government gets involved.

Besides raising awareness, how else do you think the government involvement can felicitate the propagation of rugby in India?

It would be way easier to move forward with the government support. It would be easier to pool in sponsors, which would help us in the financial aspects. Rugby will become a lucrative sport with the government sport. Right now the girls are playing only out of passion, which is amazing, but passion cannot afford their living and I don’t know how long will it go on. When people see added perks in the sport, they would be more attracted to it.

What exactly happened with the Asian Games? You guys almost made it and suddenly you were told that it’s not happening. What went wrong?

It has been highly disappointing and shocking for everyone in the team. While in 2014 our team was denied permissions to compete in the Asian games owing to some certain qualification criteria, this time it has happened despite the special permission that the team had received from the sports ministry.

The paperwork was done, almost everything was sorted. Five-six days in the camp and out of nowhere we are told, ‘sorry, you won’t be sent.’ The IOA came up with a revised list of sports that were to be sent to the games at the last moment.

The same has happened with the football team too. Imagine, how many athletes have lost a very crucial chance. There are players in the team from various socio-economic backgrounds and some of them left their jobs to participate in the Asian Games. They have literally given up on their bread and butter to follow their passion and look what has come out of it. This is what I mean when I talk about the lack of support.

What about the public support? Are you receiving the kind of encouragement and support from the people that you expect?

I would like to talk about the biggest fallacy of the Indian fan culture. Other than cricket, no one is interested in watching Indian players until they are in the finals. It is not just rugby, but most of the sports except cricket. Think about it and tell me, how many people watched P.V. Sindhu’s entire journey to the finals? They are not interested in our struggles or journeys, they just want us to excel and clinch the gold if we somehow reach the finals. How fair is it?

I request them all to watch the athlete from the beginning, just like we watch IPL right from Day 1. Share the athletes’ journey, empathise with him/ her. Then only you get the right to expect big wins from them.

As we curate these anthems, we want the entire nation to broaden its horizons, give these women’s teams that lurk at the precipice of oblivion a chance to shine through and chant their team anthems, in unison and aloud. Let us all represent them with as much pride as they take in representing India.

Exciting, isn’t it? We have more sports rush coming your way! Stay tuned for our Twitter dialogues, exclusive interviews with the team captains and custom-made anthems.