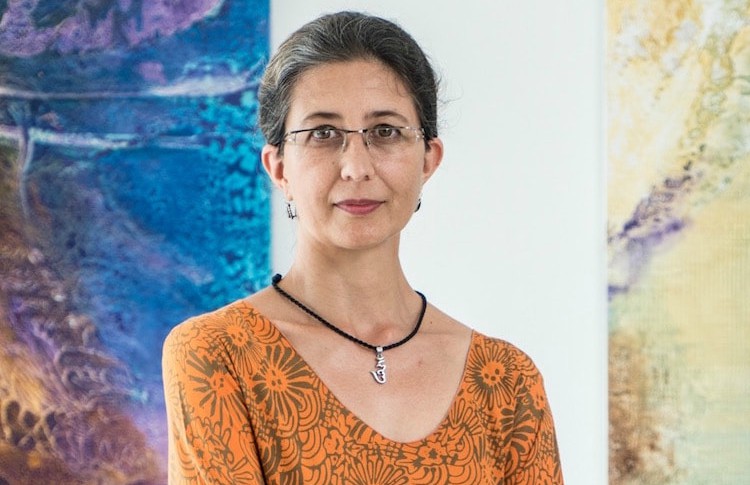 Singapore-based Indo-British artist Kavita Issar Batra is drawn to the natural and organic materials that litter our streets and pavements. She grew up in Nanital before moving to Delhi and then Singapore.

In her first ongoing solo art show in India “No Number No Name”, she showcases over 80 paintings and photographs set on the theme of detritus that is seen lying on the roads, often trampled over or driven past, which is a tribute to the waste-collectors all over the world.

“Waste is a big issue I have an interest in. We do not pay attention to it because of our privileged backgrounds and are not very good in thinking about the products that we buy, and where they end up. They are building up in landfills and other sites, even as the kabadiwala tries to reuse some of it,” says the 49-year-old self-taught artist. “We should be grateful to the ragpickers and sweepers who handle our waste; what would happen if they went on a strike and we were left with the waste?”

Batra’s project started with her clicking photos of waste found on the street during her morning strolls before she developed them into paintings. To help an NGO named Chintan that works to support waste collectors, Batra has planned to give away 60 percent of the proceeds from the exhibition to them.

“Chintan creates awareness about sweepers and ragpickers who play an important role in our lives, but whom we tend to disregard. They help give them a sense of professionalism and pride in what they do,” she says.

Batra’s association with the NGO has made her aware of the problems that waste-pickers face. “A lot of people don’t even say ‘hi’ and walk past them. A lot of these people who work for us end up being invisible like the detritus,” she adds.