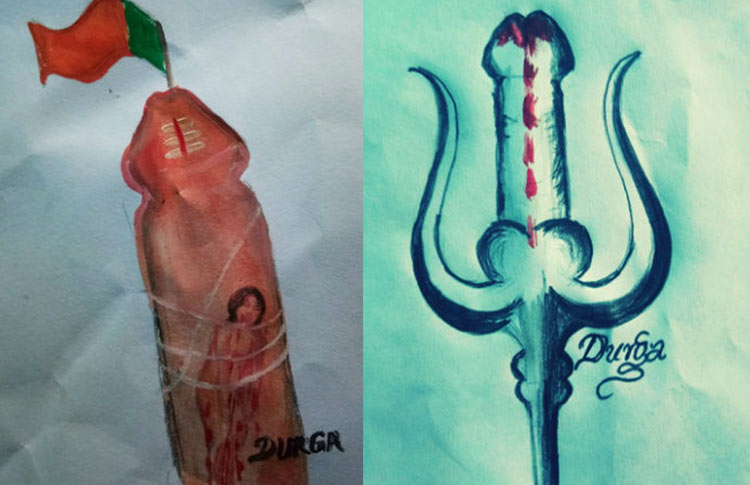 The brutal rape and murder of an eight-year-old girl in J&K’s Kathua had sparked off a nationwide protest with people taking it to the streets, demanding justice for the victim. Kerala too joined the movement and artists from the state exhibited their work which depicted the plight of the victim. But when artist Durga Malathi dared to draw the truth, many people took offense.

Her house, in Kerala’s Palakkad, was attacked on Thursday night by a group of men who broke the window panes and damaged her vehicle, parked on the porch.

“We have registered a case and identified some of the assailants,” a senior police officer from Palakkad district said.

“They threatened me with dire consequences if I draw more pictures and paintings depicting the plight of the victim. They said my drawings and paintings hurt their sentiments. But they can’t stifle me like this,” Malathi said.