An OCD Patient Herself, 16 Y.O. Kaajal Gupta Develops An App To Help Others Like Her 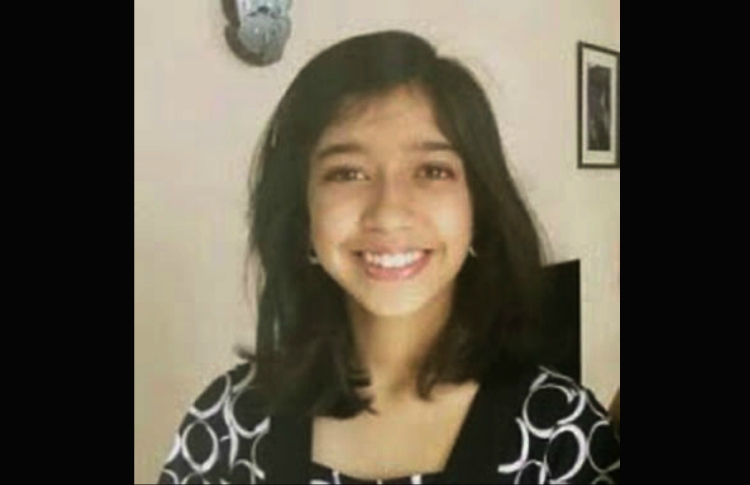 Obsessive-Compulsive Disorder, commonly known as OCD, is a chronic and long-lasting disorder in which a person has uncontrollable, recurring thoughts (obsessions) and behaviours (compulsions) that one feels the urge to repeat over and over again.

Jokingly, many of us often use this term in our daily life, however, as casual as this disorder is perceived to be, it is more than just a person obsessing over their thoughts and urges. The disorder can affect one’s normal functioning of life, be it school, job, or relationships.

An obsessive thought can range from one thinking that your family members might get hurt if they don’t put their clothing on in the same order every morning, or it can be a compulsive habit of washing one’s hands after touching anything that might be dirty.

Struggling with the same disorder is Bengaluru-based Kaajal Gupta, who has spent years struggling with her compulsions. In order to help herself and the others battling the disorder, she came out with a mobile application, Liberate: My OCD Fighter. “I’ve been living with OCD since 8th grade. At that time, to help me fight with my overpowering compulsions, my therapist had suggested maintaining a diary where I could record these as well as any negative thoughts that would pop up. However, I couldn’t get myself to do it as I was too absorbed in my compulsions. Also, the crippling anxiety over someone coming across what I’d written stopped me from doing so,” shared Kaajal with The Better India.

To overcome the anxiety of someone reading what she might have written, Kaajal decided to take the help of her mobile phone. “I understood that there might be so many others, who might also find it impossible to write things down. Also, not everyone carries their diary all the time. So by the time one gets back to log that day’s compulsions, the moment might have already passed. However, people have their phones with them all the time, and I wondered if the same exercise could be developed into a mobile application.”

Passionate about coding and Android development, Kaajal sought to create a mobile application that aimed at providing a secure space for people with OCD to store thoughts which could be used to track obsessive actions. “With all the inputs being recorded timely, it would give one the ease of detecting trends, patterns and triggers through gentle reminders from the self-help app. One can log these details as and when a compulsion or trigger strikes,” she shared.

From scheduling specific periods of worry, creating a fear ladder that helps in normalising triggers, setting goals for oneself, sending progress reports to the therapist, and getting external support, the application covers all the things that need to be tracked.

In order to build this app, Kaajal was assisted by Dr. Paulomi M. Sudhir, a professor at NIMHANS who helped her through her phenomenal project. Speaking about Kaajal, Dr. Paulomi shared, “Kaajal had requested my inputs for reviewing the content of the app, which she had already put in with the help of literature review and similar programs. My role was to look at the therapeutic aspects of the content and accuracy of information about therapies, and psychological explanations of OCD, as a clinician who works with clients with OCD.”

Explaining the need to develop this app, Kaajal shared, “When I talk of compulsions, it could be something as insignificant as opening a tap. The fact that I’d have to do it over and over till the compulsion dies down is something often inexplicable and even humiliating. Not everyone is lucky to have an open-minded family or resources to visit a therapist, and I wanted this app to bridge those barriers.”

The visually attractive app was launched in November last year, and after its introduction on Play Store, it has been downloaded over 1000 times by users in India and the US. Taking it forward, Kaajal is now working to launch it on the iOS platform soon.

Pointing out an important fact, Dr. Paulomi shared that Kaajal’s initiative will not only help people suffering from OCD, but it will also be instrumental in reducing the stigma regarding mental illness. “It would help provide the first level of mental health intervention: in the form of education about the condition, assessment of its severity and also for those with milder severity, it is likely to provide an opportunity to work on their symptoms systematically. We are yet to test the feasibility, acceptability, and effectiveness of the app through a clinical trial with appropriate and scientific methodology. We are awaiting a review of the proposal and will begin the study after obtaining approvals.”

We salute Kaajal’s spirit for not only handling her disorder brilliantly but also being a great help to others struggling with it.