Ahead Of Netflix’s ‘Delhi Crime Story’, DCP Chhaya Sharma On How It Felt To Lead The Nirbhaya Case 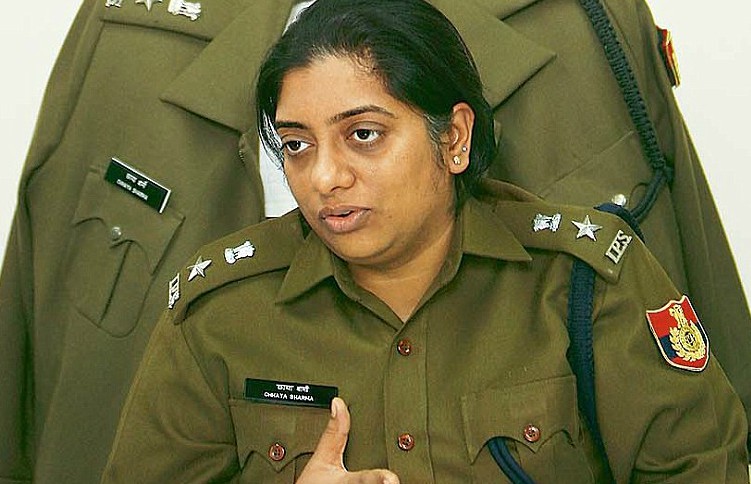 The beginning of the year saw an announcement made by Netflix, of a seven-part series named ‘Delhi Crime Story’ inspired by the investigation that went into the December 2012 Delhi gang-rape.

With the series set to release on March 22, The Quint re-shared an interview of the former DCP (South District) of Delhi Police Chhaya Sharma, who was in charge of the 41-member team that investigated the Nirbhaya case.

After a five-year-long ordeal, the convicts who committed the brutal and horrifying crime on December 16 were given a death sentence by the Supreme Court in 2018. In conversation with Quint, Chhaya shared how she felt about the ordered passed by the SC. “For a policewoman who had worked hard on this case, I felt very professionally satisfied and one felt relieved for the victim’s mother and father because they had  been following the case for so long.”

Talking about what she felt when she heard about the case, Chhaya shared, “I can’t forget the night of December 16 as I had myself gone at the night and investigated the case and lead my team. The first initial reaction to having met the victim, the family and then hearing what the doctors had to tell me about the nature of her injuries was horrific. As a policewoman, I was only thinking I have to crack this case because it was not an ordinary case. The injuries that the lady suffered were not the injuries that a normal rape victim would suffer. Rape as such is a heinous crime but with those kinds of injuries they just made it more macabre.”

“Honestly I didn’t have the inkling that the case would turn out to be so big. I have had many cases where I’ve reached on the spot and handled such issues earlier. But I never expected the way the whole of India reacted to it and it will land us into so much of limelight and media will follow it so closely. The case was special in the sense that the public outcry not only remained, but it continued for a long time. We had a totally different set of officers handling law and order apart from us handling the crime.”

Sharing some more details about the case, Chhaya explained how the case “wasn’t an easy” one to crack. “The case only becomes easy when the victim knows the perpetrator, but in this case, the victim didn’t know the perpetrators. There was no bus number; there were only vague clues like a white coloured bus with red seats and yellow curtains.

When the victim is in trauma it’s difficult to get information. You can’t ask them the whole story and you have to be patient with them. Our first reaction to the whole thing was that the victim should stabilize and get the best medical help that is required. Coming to the investigation, it was difficult. Finding a white bus with a vague description was not easy. The next day when we got a list from RTO we found out there were 370 buses registered only in Delhi. Whereas, if you counted the number of buses in Gurgaon and UP it would have been a bigger number. So for us, it was like looking for a needle in the haystack. So whatever clues we kept getting we kept adding and modified our search. A lot of things started falling in place and slowly we landed at the conclusion. The aplomb with which they committed the crime indicated that they knew the area.”

As the DCP was in touch with the victim during the initials days, she also shared what impression she got of Nirbhaya when she spoke to her. “She was a very courageous woman who was very clear in her thinking process. Inspite of the trauma that she was going through she was able to speak and narrate the incident and was very confident. In a brief span, she thanked us for leading the case and told us not to spare the perpetrator. What I liked about her was her courage. She had the will to live and had a positive attitude.”