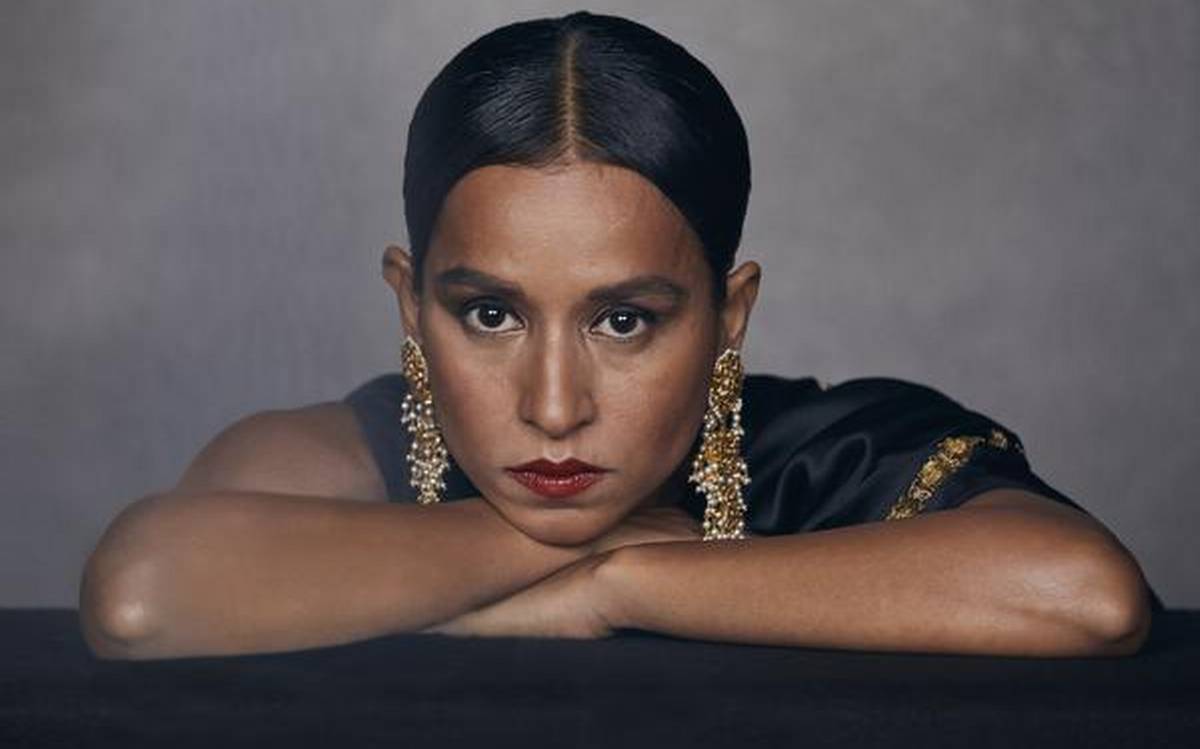 “I am so afraid of falling madly in love with my director that I actually have to remind myself that this will end. I fell in love so hard with Mira Nair, I was intoxicated and was heartbroken after the film was over.”

Indian actor Tillotama Shome has a way to describe her film journeys. She lets her heart decide the content of her daily words as well as the movie scripts. Probably that’s one reason why this talented woman won the best actress award for her film ‘Sir’ at the Brussels International Film Festival, last year.

In an exclusive interview with IWB, Shome opens up about mentoring the murder convicts in New York, falling freely in love with her directors and adapting to their style, and not being afraid of showing off her crooked tooth and non-complimenting angles for the camera anymore.

Introduce your childhood memories to us.

Kashmir. On my mind and in my veins.

936 Likes, 17 Comments – Tillotama Shome (@tillotamashome) on Instagram: “Kashmir. On my mind and in my veins.”

My family travelled the length and breadth of India as my father was in the Airforce. I learned a new language, forgot the one before. My parents were so good-looking and stylish and just insanely childlike. They still are and remain the least judgmental folks I know. They were college sweethearts and their black-and-white photographs are dipped in high romance. My brother was the charming extrovert and I balanced the scale by being fiercely introverted and sported a stammer. His adventures were outdoors and mounted big, mine were all in the mind and sleepwalking was common. I had wonderful friends in books and I hated school. Each report card was an exercise in whittling my sense of self with remarks like “She can do better and she is poor at Math”. Many years later, I encountered the world of acting at Lady Shri Ram College. To be an actor was and still remains an act of defiance against those teachers and institutions that mercilessly kept pointing out my mediocrity.

In the initial days, you got the opportunity to teach theatre to murder convicts in New York. What was the experience like with the inmates?

I love my desk. I love elephants.

I went to America to study because of Chris Vine. He was an exponent of process drama and I wanted to learn from him. It so happened that this phenomenal man chose to teach at NYU, so I got myself an Inlak scholarship and reached the not-so-promised land. Chris ran a company called the Creative Arts Team and I might have made it very clear to him that I wanted a job there and well, I scored one. I was put on the team that taught at the prison in Rikers Island. The experience of Rikers was many things but predominantly a few things became clear. First, the line between sanity and insanity is very slippery. Second, the prison system and the culture of medication in America was a different level of sophisticated slavery. Third, I was just plain lucky to have the privilege that I did, and it was funny that I felt that in New York.

You’ve worked in several languages with filmmakers of different origins. Is their working style any different from that of Bollywood’s? What have been your learnings so far?

Everyone is so unique. The miracle of making a film despite all the odds never ceases to amaze me. The number of moving pieces is extraordinary. The difference is not about Bollywood and international filmmakers, it’s about one’s personal style. Mira Nair, Dibakar Banerjee, and Anup Singh are all directors of Indian origin and yet have very varying directorial styles. And as an actor, you just have to adapt to their style and serve that vision.

Dear @_adilhussain a very very Happy birthday!!! Your laughter and inner joy is one of a kind!! May you keep laughing and creating ripples of joy wherever you are. Lots of love. (BTS from @raahgirthefilm )

2,560 Likes, 23 Comments – Tillotama Shome (@tillotamashome) on Instagram: “Dear @_adilhussain a very very Happy birthday!!! Your laughter and inner joy is one of a kind!! May…”

It really helps if you admire your director, in that case, you can just surrender and that free-falling is beautiful. I am so afraid of falling madly in love with my director that I actually have to remind myself that this will end. I fell in love so hard with Mira Nair, I was intoxicated and was heartbroken after the film was over. A few years later when she, very kindly, offered me to stay at her home in NYC whilst I found my footing as a young student, I had to refuse. I was afraid if I lived with her, I would be in danger of becoming obsessed. It’s all very funny and sounds very exaggerated but a good director does that to me. I felt the same love many years later with Anup. A good director gives you so much beyond the world of the film and I just want to be a sponge.

I read how doing these arty, off-beat films had made you overcome some childhood fears in the past. Talk about these wonderful break-throughs.

Chintu ka Birthday in theatres. Please book your tickets:-) From the 2nd to the 5th of December, the film will play at: Mumbai Pune Bangalore Delhi Ahemadabad Hyderabad Kolkata Vadodara #Chintukabirthday

411 Likes, 10 Comments – Tillotama Shome (@tillotamashome) on Instagram: “Chintu ka Birthday in theatres. Please book your tickets:-) From the 2nd to the 5th of December,…”

I never chose to be a flag-bearer of any kind of cinema. I did what came to me. The intimacy of the camera slowly seduced me until it became a very good friend. My shortcomings, strange angles, crooked teeth, scars, height, weight, strengths, fears – all were welcome to this world as it served one character or the other.

From your experience, can you tell if, as an outsider in the industry, it gets any difficult to grab the right kind of work at times?

Closing night at @iffamacao . Thank you @bobocalcutta for adding colour to my life. What a riot❤️💗 Exquisite Earrings by @faruquijewels ❤️

861 Likes, 17 Comments – Tillotama Shome (@tillotamashome) on Instagram: “Closing night at @iffamacao . Thank you @bobocalcutta for adding colour to my life. What a riot❤️💗…”

This industry is difficult no matter who you are. As an outsider, the isolation perhaps is amplified. And if you are socially awkward, you have no chance of becoming a part of that ‘cool clique.’ But you make your own world, have an extraordinary amount of freedom, cross-pollinate in co-productions and thrive in a unique way despite it being low-key within the Indian context. But when you work within multiple contexts, your sense of self also becomes fluid and you don’t take things that seriously. So, it’s both difficult and easy.

How has the practice of Nichiren Daishonin’s Buddhism transformed your life?

I started practicing this wonderful philosophy in 1996. The metrics of guilty/innocent, loss/profit, bad/good are irrelevant in the world of Buddhism as it concerns itself with creating value right where you are. I found that extremely attractive as a 19-year-old who was crippled with self-doubt. The practice of this philosophy and the life of Daisaku Ikeda has allowed me to nurse the most insane dreams irrespective of my reality. It has taught me to trust the “slower, deeper movements” in society that don’t make it to the news. It’s definitely given me the staying power, the stubbornness to take every rejection and want it even more.

The critically acclaimed movie ‘Sir’ won you many accolades. How did you prepare for the role of Ratna? Also, how close is the character to you?

1,170 Likes, 14 Comments – Tillotama Shome (@tillotamashome) on Instagram: “Genuine smiles with a genuine gentleman @bajpayee.manoj at @jagranfilmfestival In a beautiful…”

She is very dignified, and I definitely can’t say the same about myself. Also, I am extremely privileged and have made a career out of playing characters that are poor and marginalised. It further underlines my entitlement. I have worked really hard to get the education I have and the experiences I wanted. I was hungry and still am, but it doesn’t change the fact that I come from privilege. So, I see the differences and not so much the similarities, as I enter the character with all those dissonances. For Ratna, I simply followed Rohena’s brief of maintaining her inner sense of dignity at all points, even during the points of crisis.

Ratna had a dream of designing beautiful clothes. What is your long-lost dream that is yet to realize?

The long-lost ones have been found and new ones have taken their place. Exploring comedy and patience needs to be worked upon.