Aarefa Johari, Who Lives With The Memory Of Being Cut At 7, Fights For Other Bohra Girls 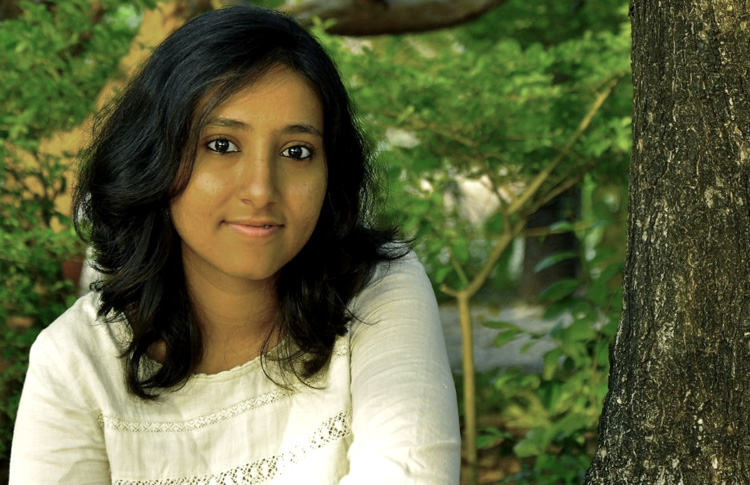 Female Genital Circumcision is a custom practiced by the Bohra community in India. According to UNICEF, at least 200 million females today have undergone the cut around the world. But on the upside, 23 countries in Africa have banned the practice after UN General Assembly voted to work for its elimination.

To broaden our perspective and know more about the tradition of the Bohra community, we spoke to Aarefa Johari, a Mumbai-based journalist and co-founder of Sahiyo (an organization against Khatna).

In our conversation with Aarefa, we learned how important it is for the media to understand the complexity of this practice before giving labels. Well, this realization hit us when Aarefa corrected me on using ‘cruel’ for the practice that the Bohra community has been following. It is very important that we totally know as to why something has been going on as a custom for ages.

So while sharing her point of view, she said, “Khatna is a social norm. In this, mothers are not cutting their daughters with the intention of harming them, they do it because they believe it is good for their girls. So when the media uses strong, judgemental words like cruel, horrible, etc., many community members feel they are being attacked, and they become even more defensive about the practice. This makes it further difficult for activists like us to have dialogues with the community. ”

Here’s what we discussed:

What emotions did you go through when you first realized that you had undergone the cut?

I always knew that I had undergone the practice of khatna because I remember the incident and the pain I felt at the time. While growing up, I was aware that there is a practice called khatna that happens to the private parts of girls and boys, but properly understood its implications in college. That time I felt a mixture of shock, outrage, indignation, helplessness, frustration and a degree of betrayal towards my mother. One of the most intimate parts of my body had just been cut away without my permission, and my mother said she did it only because it was a “religious” ritual that everyone had always done in the community but she didn’t even know the reason why it is done.

How did it affect your relationship with your mother?

In those days I took out a lot of my anger in confrontations with my mother because I felt that as an educated woman, how could she allow her daughter to be cut without even questioning why? But over time, I understood that I cannot blame this entirely on my mother as an individual. The problem lies with the entire system of patriarchy and organized religion, which come together and exert tremendous power over the minds of people. We are taught from an early age not to question religion, culture, and traditions because they are supposedly “sacred.” And gradually the rituals born out of this system become social norms, and we are too brainwashed to even dare question them.

So as this understanding grew, I stopped resenting my mother, and today I can proudly say that she is one of my biggest strengths and supporters in this movement.

Did you struggle with body issues?

I wouldn’t say that my confidence has been affected, but I definitely feel an acute sense of being violated and invaded. Nobody had any business tampering with my body like this, no matter what the intention may be. And I feel frustrated because I will never know the impact of khatna on my sexual life. I have met several Bohra women who claim that they enjoy perfectly “normal” sex lives, but what is normal? Normal would have been if the body was left whole and natural, just the way it was when we were born. If someone was cut as a child, they would never know what it is like to have “uncut” sex. This feeling of never knowing what it could have been otherwise frustrates and scares me.

We talk about accepting and owning our bodies the way they are as long as we are healthy. But what happens when your body is made to undergo changes that you are not aware of or are supportive of?

Did you have to face rejection/threat for opening up about your personal experience?

Personally, I have not faced any major threats (unless you count random online trolls, which I ignore). But a few relatives have been upset about my decision to speak publicly on this subject, and they have expressed their anger at me. On the whole, however, most people who reach out to me are usually the ones who want to express support for the movement.

Do you think that awareness of its ill effects is the sole solution to prevent FGC?

Awareness, yes! But not just of the potential ill-effects of Type 1 FGC, but also about human rights, child rights, the concept of consent and the way patriarchy operates. We have been told we are not true Bohras because we don’t wear the traditional ridas, and that the majority of women don’t experience any ill-effects. For centuries, girls were just cut and asked not to question, and now, for the first time, women are opening up about their personal experience. Khatna affects different women in different ways, so I believe that the community now needs to have an open mind and listen without being defensive, to the stories of ALL these experiences.

I guess that’s pretty much what is needed to broaden the mindsets of people who give everything in the name of religion and tradition.

What’s the usual reaction of women after you educate them on the subject?

At Sahiyo we give out information to raise awareness, but our focus is on dialogue with community members. People come to dialogues with their own pre-conceived notions, so different women have different reactions. Some are very defensive and not open to listening to another point of view, others are willing to engage in an exchange of ideas.

As per your research and observation, what role do men play in initiating this act? And, how can the modern men of the community help to bring a change?

Many people find it odd that we refer to khatna as a patriarchal practice because most men in the community are not usually aware that it is taking place on their mothers, sisters, wives and daughters.

In some religious texts that Bohras follow, the reason for male and female khatna is given as “hygiene” and “cleanliness.” But when you speak to ordinary Bohras, there are two most common reasons given by the community for practicing female khatna – one is simply that “it is in the religion”, so they practice it without questioning, and the other is that it curbs a woman’s sexual urges and prevents her from having pre-marital and extra-marital affairs. The latter reason is never cited for male circumcision, only female – and this is a reason that has been passed down through oral tradition even before Islam was born. (Female Genital Cutting is a practice that originated in Africa much before Islam.) So in that sense, it is definitely a patriarchal practice.

Modern men, of course, can play a crucial role in ending the practice, because social change can happen only when everyone in the society collectively decides to change. Men play an important role in families, and fathers can be of great support to mothers who want to resist pressure from the family elders about getting their daughters cut.

Being a journalism professional, how can the media help eliminate FGC?

The media has been extremely interested and enthusiastic in reporting and writing about khatna, particularly in India. But our challenge has been to ensure that media coverage of the issue is sensitive, non-sensational, nuanced and compassionate towards the survivors of khatna and the community that practices it not out of malice but as a social norm. We believe that the media can play a crucial role in influencing social change.

What other issues or social evils are lacking society’s attention? What other things are women forced to give up in the name of tradition?

There is an endless number of social issues that we need to collectively pay attention to, from child sexual abuse and marital rape to menstrual taboos and casual sexism. And these are just related to gender! I think as a society if we make more of an effort to understand patriarchy and why it is harmful to women, men, and other genders in between, then we will automatically try to address multiple gender-based injustices at the same time.

I believe, a lot of us like to change a lot of things but fail to understand that words only matter if put into action. So it is great to see an initiative like Sahiyo where women are fighting their societies and decisions made by others and being vocal about their life.

This article was first published on January 7, 2017.