A Mother Wants Her Child To Be The Best Version Of Perfect, Even Though She Herself Is Not: Mita Agarwal 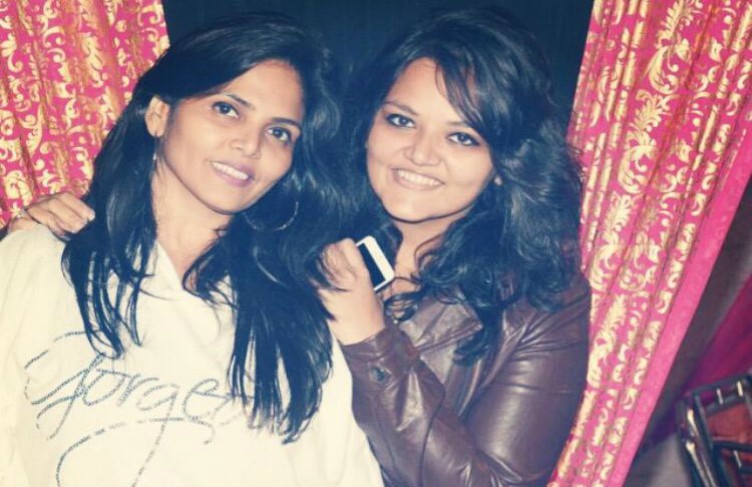 “Mothers are worried for their daughters especially, and that makes us scared and forces us to stifle their wishes as we think we are protecting them. In our bid to make them strong, we often run the risk of repressing their sense of individuality. We eventually realize that we can’t take the decisions of their life based on our experiences.”

Both a friend and a guardian – that’s how a mother is defined and Mita Agarwal’s (47)  words above prove this universal definition. Mita is a soft skills trainer and her daughter, Aayushi, 23, works in AKLC, Mumbai. Accepting that a mother never gives up on her mission to care for her child, Mita also believes that every child needs space to grow, to find their own strength – something which her daughter made her realize.

Aayushi with her mother

Celebrating this bond of every mother and daughter, Indian Women Blog has collaborated with the unique online gift store, BIGSMALL.in for our campaign So Mamma Says. Under our campaign, we will be talking to three awesome mommies, who will also write notes, which can be mushy messages or free advice, and choose quirky gifts for their daughters which will be interchanged between the girls.

How about some confession time, Mita? Are there any rules that you made for your daughter but keep flouting yourself?

Sleep on time. Get up on time, Give time to your body to relax. Don’t indulge in too much shopping- these some of the maxims that are a must-follow in our house. But I myself, sometimes, give up and break these laws. Aayushi and I had argued over them thousands of times, as she can’t understand why I strive for her to be the best – be it virtues, values or habits. It is because we, mothers, want our child to be the best version of perfect even though we are far from it.

Such conflicts are examples of the much-talked about generation gap between a mother and her daughter. How did you overcome that?

Like there was a time when her school had organized a trip for the students and I had said no to her. She was angry, upset, I know. But today she had visited 13 different countries, slowly and eventually, she realized that the things I stopped her from doing, the lessons I wanted her to learn weren’t because I didn’t trust her. It was a mother’s heart, worried about her.

So, this generation gap for me wasn’t a hurdle, it was a path every parent has to walk. It took time for both of us – for me to accept that she can take care of herself and for her to understand the reason behind not allowing her on a school trip when she was a child and motivating her to travel to 13 countries when she became an adult.

So, what made you realize that she is now able to take her own responsibility?

It was her, her responsible behavior, her strength, her calmness in situations I would panic in. Like when she was studying at NIFT in Gandhinagar, she lived on her own in a rented place, cooking, cleaning and eating by herself. She proved to me that “I can take care of myself, Mumma.”

Also when she was in Europe, her entire luggage, her things were stolen, but instead of panicking she dealt with it and called us after she had filed a police complaint. My heart was in my mouth, but she was so calm! She assured me that she will handle everything. All this gave me the confidence that I should now take a step back and give her the space to grow.

In what ways would you say that your daughter is exactly your opposite but also takes after you in certain areas?

Heh! Like I am one hell of a fitness freak, I measure what I eat, scrutinize its effects on my health. But Aayushi is more like, “Food is love.” She says that one should live life without such restrictions and that includes enjoying food.

But when it comes to principles, though she hates it when I lecture her on them, I have seen her countless times telling the same to younger kids, with an intensity that proves that she has the same set of values like me.

Like mother, like daughter. So, if you could go back in time, what is that one thing on which you would like your 23-year-old to take inspiration from your daughter?

Darr ke aagey jeet hai!- that’s what I would like to tell myself. There were many times when I had given up on great opportunities in my career just because I was afraid I would mess it up. I would advise my 23-year-old self to quit worrying and accept the challenges. My daughter does, boldly accepting the hurdles and then overcoming them. It makes me so proud of her.

Stay tuned to read the emotional-quirky-funny messages from the mommies and know what amazing gifts they choose for the girls!