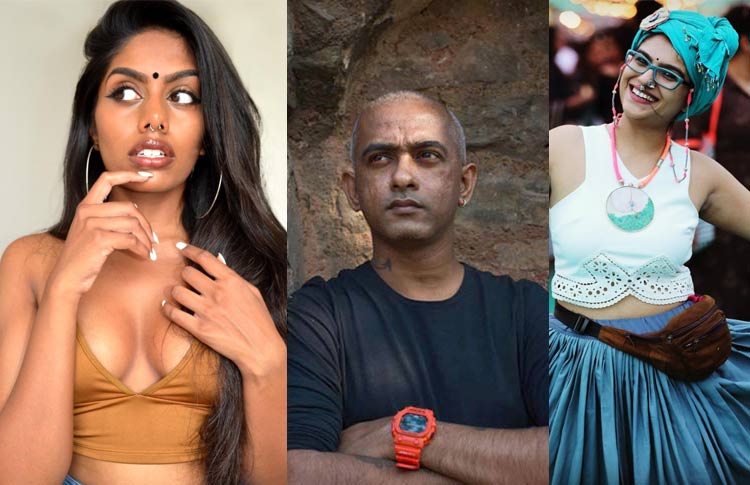 From the rise of the feminist movement to the drop in the humanity level (read: immigration crisis, racism, and terrorist threats), 2017 witnessed a lot. Amidst the drama, there have been artists and art collectives that managed to spread their colorful vibes of empowerment and optimism throughout the year.

Find below IWB’s compilation of those creators who took over the art world with a tough paint stroke.

In spite of Guillain-Barré Syndrome, the brave illustrator never gave up on her passion. New York-based Mari is well-known for creating hilarious illustrations about things every girl goes through. Remember when she told us how her art is a reflection of her personal life and that she once ate a piece of cake she threw into the dustbin? (We know the feels, Mari)

Apart from this, she has also illustrated extensively on depression. The artist is now excited for 2018 as she is releasing her book finally, yay! You can follow her on Instagram here.

The Jaipur-based artist is normalizing the existence of female body through her handmade creations. She makes blue-pottery jewelry that lay bares the female private parts in public to normalize the presence of femme power around us. She also promotes body-positivity by drawing body hair and curvy motifs on jewel pieces and home accessories.

During a candid chat with IWB, the bohemian artist entirely won our hearts when she revealed that she puts her menstrual blood into her plants. She explained, “I fertilise my plants including the sacred Tulsi with my blood. It contains plant macronutrients like nitrogen, phosphorus, and potassium that are extremely healthy for the greens.”

Earlier this year, Mumbai’s Annushka project ‘Oh Nari, So Sanskari’ took the gender-sarcasm to another level. During an interview with IWB, the illustrator and visual communication artist explained, “It is a satirical take on stories of the three prominent women characters in the Mahabharata – Kunti, Gandhari, and Draupadi. I have tried to shed light on their stories in a context that is relevant to the millennials, by drawing parallels between their situations then, and the challenges and stereotypes that are faced by the women of our society today.” You can follow her here.

Babneet Lakhesar a.k.a Babbu from Canada makes it to our list once again as her ‘Bakwaas’ artwork continues to amaze us. This series is a fun take on the stereotypes people carry regarding the South-Asian immigrant women. We Skyped the #BadBeti when she told us, “I started drawing about gender politics after I noticed what was happening in the society. I personally grew up in a progressive household. But because I am a woman, we aren’t put on the same platform as men in the society. I wanted to show people what it is to be a woman, what it is to have our skin tone being South Asians and how it affects us.” Follow her here.

IWB was the first to notice Raj’s remarkable period-art that he has been creating in order to demand a tax-free menstrual supply for women. During a conversation with us, he expressed his concern, “How sad it is that about 80% Indian women cannot afford to buy sanitary napkins. How sad that our government has levied 12% tax on sanitary pads whereas condoms and contraception are tax-free. The poor are already underprivileged in many ways, and we are only adding to their misery.”

when he cute, but 5 seconds into the convo he hits you with “whats your background?” 🙄

She told IWB, “I’m mainly influenced by the lack of accurate depictions of the first-generation South Asian people. My work depicts the experience of a South Asian living in the West, someone who is trying to understand their identity with few to no references. I try to pull from my personal experiences as well as ones that are shared with friends and family. I love exploring the bond I have with South Asian people of different backgrounds, especially through the abundant similarities we share.”

Writer and illustrator Loryn Brantz is a two-time Emmy Award winner, and her client list includes HarperCollins, PBS, and Facebook. Apart from raising her voice against body-shaming and glass-ceiling, she runs a famous graphic series called ‘Feminist Baby.’ It shows the parental struggles of nurturing a feminist baby and teaching them about gender-equality and how to deal with patriarchy.

It was quite amusing the way she came up with the idea of making this series and later turning it into a book. She told IWB, “From as far back as I can remember, I’ve been trying to think of a children’s story I could tell that would positively impact the world. So when one day I was looking for a baby book to buy for a friend’s shower and couldn’t find anything related to feminism, the idea of Feminist Baby hit me like a ton of bricks. I literally ran home to write it. I wanted to write a book that I would want to give to my friends’ babies, and to my own possible future babies.” Follow her here.

The namesake BFFs from ‘Bhuli Art’ work jointly with female Indian artisans to empower them. Their mission is to introduce people to various kinds of local artworks prevailing in the interiors of the country and in turn, help the artisans gain recognition and financial independence. They also design items like calendars showcasing the rural women from across India embracing their respective regional cultures. It’s impressive how this Dehradun-based duo donates a particular amount of their sales towards girl-child education.

Sharing their experiences with IWB, Kotnala said, “Due to low income, craftspeople are abandoning crafts and shifting occupations. There are parts of the country like in Benaras where the weavers in deep debts are even committing suicides. Many crafts won’t live to see the next generation, it’s heartbreaking to see cultures die while we as consumers dispose of diversity, uniqueness and run after monotonous global trends.”

Talking specifically about the women artisans, she said, “While working with Lepcha crafts in Sikkim, I came across several differences that sets the life of a women artisan apart from that of the men. To start out with, women are still majorly dependent on men. There were some women working in the cluster that didn’t acquire any personal bank accounts and wanted the money transferred to their spouses/father’s account. When we denied such money transfers, tried to convince them to open up their own accounts, they simply discontinued the classes.”