41 Y.O. Rajlakshmi Turned Innovator To Build A Health Device For Her Epileptic Son 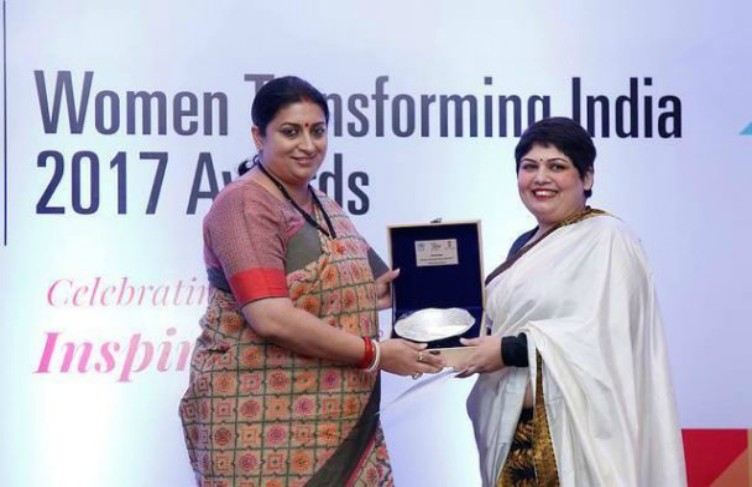 Rajlakshmi Borthakur’s son Tejas had been suffering from epileptic seizures from a very young age which needed immediate medical attention. Unable to bear his sufferings, Borthakur, who is an IT enthusiast, delved into the field of neurology to find a solution to his problems.

With the help of IT engineers, data scientists, developers, and medical researchers, she created T Jay – an early epilepsy-attack detection wearable device for those who suffer from epilepsy episodes.

“The device helps in collecting information from the palm of the person wearing it, and the goal is to provide predictions before an epileptic attack,” she said. “Apart from this, we are also able to do long term monitoring of patients by which doctors can assess how they are faring with the administered medicines.”

One of her core research areas is sudden unexpected death in epilepsy (SUDEP). “Currently, worldwide, there is a lot of research and debate going on about why there are so many deaths due to epilepsy,” she said.

“About 120 patients at NIMHANS in Bengaluru have so far tested the device, and various doctors have also come on-board to use the data that is being collected to monitor the patients,” she added.

But her journey till date has been less than easy. “It was undoubtedly an uphill task. There were so many parameters and regulations that I had to take into consideration while working on this device. I had absolutely no idea about how the medical field functioned, so I had to start from scratch,” she said. “There was a time when I had no money and having borrowed to get this product going meant that I had various creditors knocking on my door and even threatening my family and me. That threat was something that shook me up.”

She faced many funding related issues as well, but the hope that the device would help people like her son, kept her going. For her efforts to date, she has been recognized by the United Nations and the Government of India as one of 12 women transforming India.